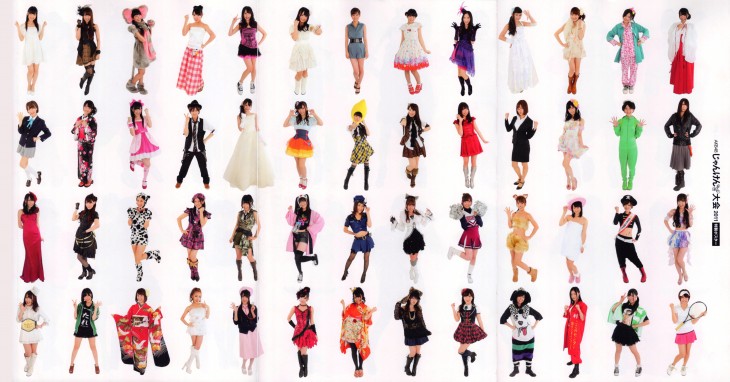 The background of the wikia we have right know is old, its been a year and 6 months since i changed it but i dont have any ideas for a new one. The AKB48 Wikia is going into its 5th year since i created it, in January 30, 2010, so i want to post a new background by the end of January.

It has to be AKB48 related, and if you want to add something to celebrate the 5th Year Anniversary of the wikia go ahead.

So if any one has any ideas for a background and make it, please send it to me through an email just message me, i will give you my email. After i got all the backgrounds their will be a poll to vote which background will be in the wikia.

I will start recieving the background on December 22, 2014.

On January 11, 2015, i will stop recieving the backgrounds, on that same day i will create the poll.

On January 28, 2015, the poll will end, the new background will be posted on that same day or the following day.

After some months, will give another notice when we will change the background again.

This is hard to decide/design, though... I went to other wikis for inspiration but still managed to design a Lv1 normal one for the Majisuka Gakuen Wiki. I hope I get some ideas soon.

Ok, I didnt do one, and I havent received any messages of a new background. I'm also passed the date I had to create the poll, so ill wait a little longer and see what happens.

If I dont receive more, is it okay if I use yours, I like it.

What do you think?