Matsui Jurina is a member of SKE48's Team S. She announced her graduation on February 7, 2020. Her final theater performance will be on October 5, 2020. Her graduation concert was supposed to be held in Nippon Gaishi Hall in September 26-27 but it has been postponed due to the COVID-19 Pandemic.

S3 (Seifuku no Me)
Onna no Ko no Dairokkan (Revival) 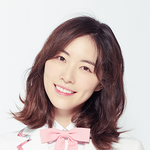