Sakura no Ki ni Narou (桜の木になろう; Let's Become a Cherry Tree) is the 20th major-label single (22nd overall) released by AKB48. It was released in five versions: a limited type-A CD+DVD edition, a regular type-A CD+DVD edition, a limited type-B CD+DVD edition, a regular type-B CD+DVD edition, and a limited CD-only theater edition. The limited type-A and type-B editions came with a national handshaking event ticket, while the theater edition came with a "Sakura no Ki ni Narou" handshaking event ticket and one member picture at random. The title track was used as the theme song for the drama Sakura Kara no Tegami~AKB48 Sorezore no Sotsugyou Monogatari~, which starred all AKB48 members. The single sold 655,344 copies on its first day of release, which is the most that any artist has sold in a single day since Oricon started reporting daily sales in March 2009. 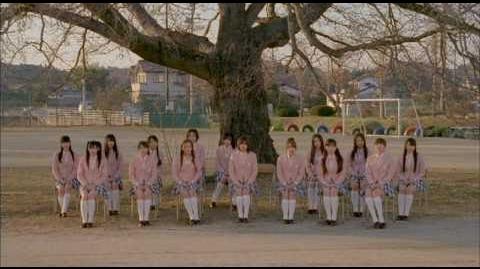