@taka37_chan
Line Blog
Takahashi Minami was a member of AKB48's Team A and the general manager of AKB48 Group. 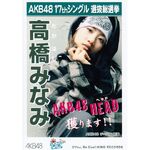 Takamina in Shukan Shonen Champion no. 17

Takamina with a flower 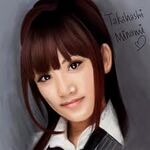 A sketch of Takamina

1/35
Community content is available under CC-BY-SA unless otherwise noted.
Advertisement