The first day results of the AKB48 41st Single Senbatsu Sousenkyo are out! And there are definitely a few surprises, and some things I hadn't predicted. Here are my reactions to the initial senbatsu rankings. 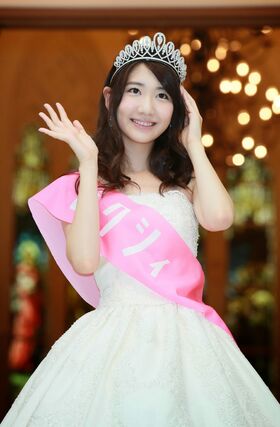 Sashihara Rino, whose rise to center was a shock back in 2013, ended up as #1 in the initial results. I actually thought that Watanabe Mayu would place first in the initial rankings, but maybe her fans were overconfident. In any case, the big surprise for me was Kashiwagi Yuki getting second! I support her mostly because she's part of the original generations of AKB48. And unlike Mayu, the management has actually treated her as such. Aside from her concurrencies, she's not really given exposure in actual singles. It would be amazing if she could beat out the others for center, but I doubt that it will happen. I think Kashiwagi's position will probably drop down at least a little in the real election.

Matsui Jurina made it into fourth, which is pretty unsurprising to me. In addition to having a big fanbase, she also has the added bonus of her sort-of rival Matsui Rena being removed from the competition. She's clearly made it known that she wants to be center, but I wouldn't really rejoice to see her take the crown. Honestly, I've never been a fan of Jurina, but her fans clearly have a lot of voting power. They got her Janken song to number 1, so I was actually expecting to see her at an even higher rank. She'll probably push Kashiwagi down in the final rankings. NMB48 leader and center Yamamoto Sayaka ranked high, just as expected, but she didn't have much more votes than Takahashi Minami. 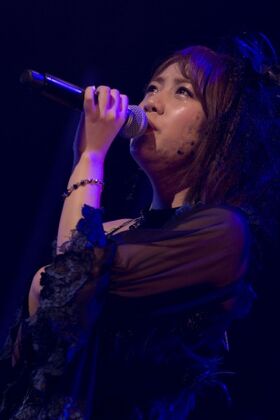 The best news of all to me was the good rank of Takahashi! It's her last election, and she announced her aim to rank as high as possible. With ten years of hard work for AKB48, she deserves to be center more than anyone. I hope to see her at least break the top five. Next is Shimazaki Haruka, another member that I really don't support at all. Still, I expect her to do well, but I hope Takahashi can outrank her in the end. Another big surprise was the massive rise of Kodama Haruka! I seriously thought that Miyawaki Sakura, who ranked 12th, was much more popular than her. Shibata Aya, whose surge in popularity was confusing to me back when it first occured, appears to still be on the rise. SKE48 is still completely outranking NMB48 when it comes to election popularity.

More good news is Kitahara Rie seeming to be more popular! I'd be happy to see her maintain this rank. If Kitahara and Kashiwagi rank high, they'll certainly boost NGT48's exposure to popularity. Tani Marika was yet another huge and unexpected rise! Going from being unranked to senbatsu is pretty shocking. Original AKB48 representative Miyazawa Sae also made it in, just as I expected. It's unsurprising that Matsumura Kaori made it in, but Fuchigami Mai suddenly leaping to such a high rank was a big surprise. Most non-HKT48 fans probably can't even put a name to a face when it comes to her! I don't think that she'll be able to remain in Senbatsu, but I could be totally wrong. Finally, Takayanagi Akane ranked in, and I hope she'll be able to retain her position in the real election.

Retrieved from "https://akb48.fandom.com/wiki/User_blog:Majijo.Soul/Thoughts_about_the_first_day_Senbatsu_Sousenkyo_results?oldid=51685"
Community content is available under CC-BY-SA unless otherwise noted.